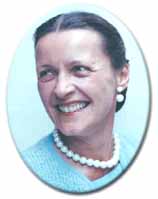 Mrs. Priscilla Provandie, more fondly known as Mrs."P", became well-known for her cooking, including Mrs. P's Chicken Pie and her Strawberry and Raspberry Glace Pies. Priscilla Boynton was born in Portsmouth, New Hampshire and was the only girl with two brothers. She always enjoyed cooking and entertaining a lot whether it was here in Belgrade Lakes or in Melrose, Massachusetts.

In 1962, The Lobster Pot was for sale and I put the idea into my parents' heads about buying the restaurant because of my mother's good cooking. That winter my parents went everywhere to eat, spending the winter gathering recipes and getting ideas for the upcoming summer season. Little did I realize that this would be her favorite thing to do for years to come.

The word got out quickly about the good food and people would come to The Lobster Pot (now the Sunset Grille) to buy whole pies to take back to their camps to enjoy.

In 1964, the Locust House, which was one of the oldest hotels here in town, was for sale and so again my parents decided to buy that. Even though the Lobster Pot was busy, there was not a formal place to dine in town. So they spent two years renovating and remodeling the Locust House. When the renovations were finished, the name was changed to The Village Inn. There were rooms that were rented, the Brass Knocker Gift Shop and my beauty shop, The Pin Curl, were there. Mom made the chicken pies and all the dessert pies. She would spend hours picking over berries in season and always looking for wonderful recipes to serve her guests. She brought the Famous Roast Duckling to The Village Inn and that became known throughout the country.

Unfortunately in 1981, she became unable to cook anymore, but her cooking has remained a legend even until today. The Belgrades "where memories last a lifetime!" Once known for the hunting, fishing and farming of the proud and resourceful Abnaki Indian, this waterway to the Kennebec River was permanently settled in the late 1700's based on a rich legacy of mills, orchards, and farms. River and railroad accessibility carried Belgrade products and produce to the world market and by the early 1900's led to the establishment of over two dozen private boys and girls camps and numerous fishing lodges and hotels. A favorite summer haven for the rich, the famous and the creative (it inspired that enduring classic, "On Golden Pond"), the Belgrades evolved into a seasonal destination for all that enjoy the lakes.

Today lakeside living and suburb fishing, swimming and water-crafting throughout the Belgrades are complimented by a variety of local public suppers, handcraft fairs, music and several good hikes and auctions close by. Within minutes you will find a public championship 18-hole golf course in Belgrade Lakes. This year, The Pin Curl Beauty Shop is celebrating its 35th anniversary. Starting a beauty shop in Belgrade Lakes was a bit different because there had never been a beauty shop there before. Years before it is said that there was a barbershop in the Depot but I don't remember it. I first started going from house to house and through the years had built up quite a clientele. I used to spend a few days a week over at the Alfonds doing the hair of their guests who would come to visit from the city. Also, new mothers and the elderly thought that having their hair done in the house was wonderful. However, sometimes the husbands weren't too thrilled if I had just given a perm. When my parents bought The Village Inn, my father insisted that a beauty shop was going to be at the Inn. So the tourists were thrilled that there was a shop in town and many customers have become friends. Now I have not only taken care of my same customers but I have done the hair of their children and their grandchildren. It was always said for years that the first phone call people would make when they arrived back to town for the summer would be to call me because they needed to get caught up with the ever-changing life of their hairdresser. Things have changed over the years and after 10 years, The Pin Curl was moved to my house across the street. I told my customers that the view had just moved a little down the lake. Everyone says they have never gotten their hair done overlooking a lake before. Some things you just have to come to Belgrade to experience.

Balloons & Things has also been added and many people who come to shop for gifts stay and have their hair done. They still have a hard time believing that I am the person who takes care of both shops. Now there is a whole new clientele that has to learn about the history that is here in Belgrade and The Pin Curl.

I would like to thank my sisters, Joan MacKenzie and Judy Johnson, for helping with the gathering of my mother's recipes. Some of the recipes that are in this book are my family's favorite recipes that we have all treasured over the years. The chocolate cookies with mocha frosting was a favorite and a special cookie that was only made at Christmas and Thanksgiving. As kids we ate them like potato chips, (maybe that is why they were only made twice a year). The steam chocolate pudding with hard sauce was always made at the holidays and has been a tradition in all our families since childhood. As kids we were always told that there were 1,000 calories in each small slice. The coffee chiffon pie was also another family favorite.

After 35 years I would like to thank my old and new customers for being loyal. Who would have dreamed that I would still be doing hair after 35 years? I hope this book can be a keepsake for you whether you are someone new to Belgrade either year round or just in the summer. I hope that you enjoy the recipes that I have put together and join in a little of Belgrade's history. 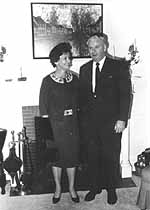